The Masters Tournament will be postponed because of coronavirus, Augusta National officials announced this morning.

The year’s first major championship, which was scheduled for April 9-12, is the fifth event on the PGA Tour schedule that will not be played in its current spot on the schedule, following the cancellation of the remainder of the Players Championship, Valspar Championship in Palm Harbor, Florida, WGC-Dell Match Play Championship in Austin, Texas, and Valero Texas Open in San Antonio.

“Ultimately, the health and well-being of everyone associated with these events and the citizens of the Augusta community led us to this decision,” Fred Ridley, chairman of Augusta National Golf Club, said in a statement. “We hope this postponement puts us in the best position to safely host the Masters Tournament and our amateur events at some later date.” 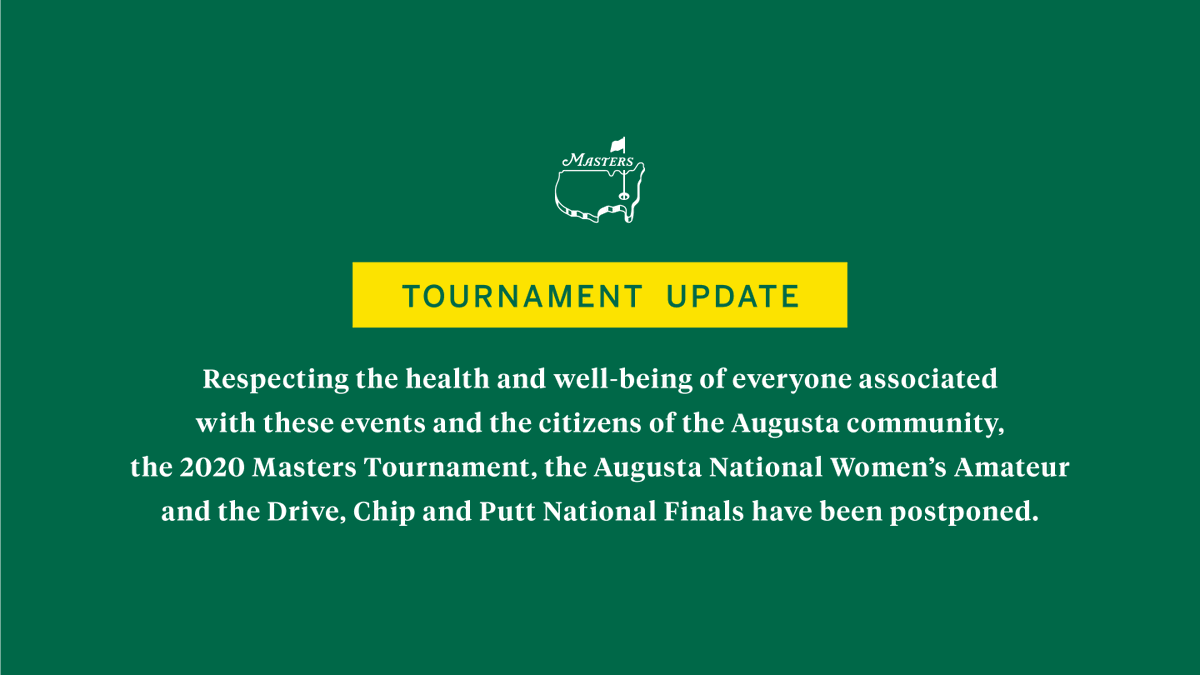 The Masters, which dates to 1934, has never played outside of March or April. For years, it has held firm with ending on the second Sunday of April.

The Players Championship was started yesterday with fans not having the usual access to golfers. It had been scheduled to continue today without fans, but  the PGA Tour canceled the remainder of the event with all competitors splitting half of the $15 million prize purse.

Tiger Woods is the defending champion at the Masters, having won his fifth tournament at Augusta National last April.