Wes Unseld, one of the greatest players in Washington Bullets history, died this morning, according to his family. He was 74.

The family said in a statement that Unseld had lengthy health issues, most recently with pneumonia.

“He was the rock of our family — an extremely devoted patriarch who reveled in being with his wife, children, friends and teammates,” the family said. “He was our hero and loved playing and working around the game of basketball for the cities of Baltimore and Washington D.C., cities he proudly wore on his chest for so many years.” 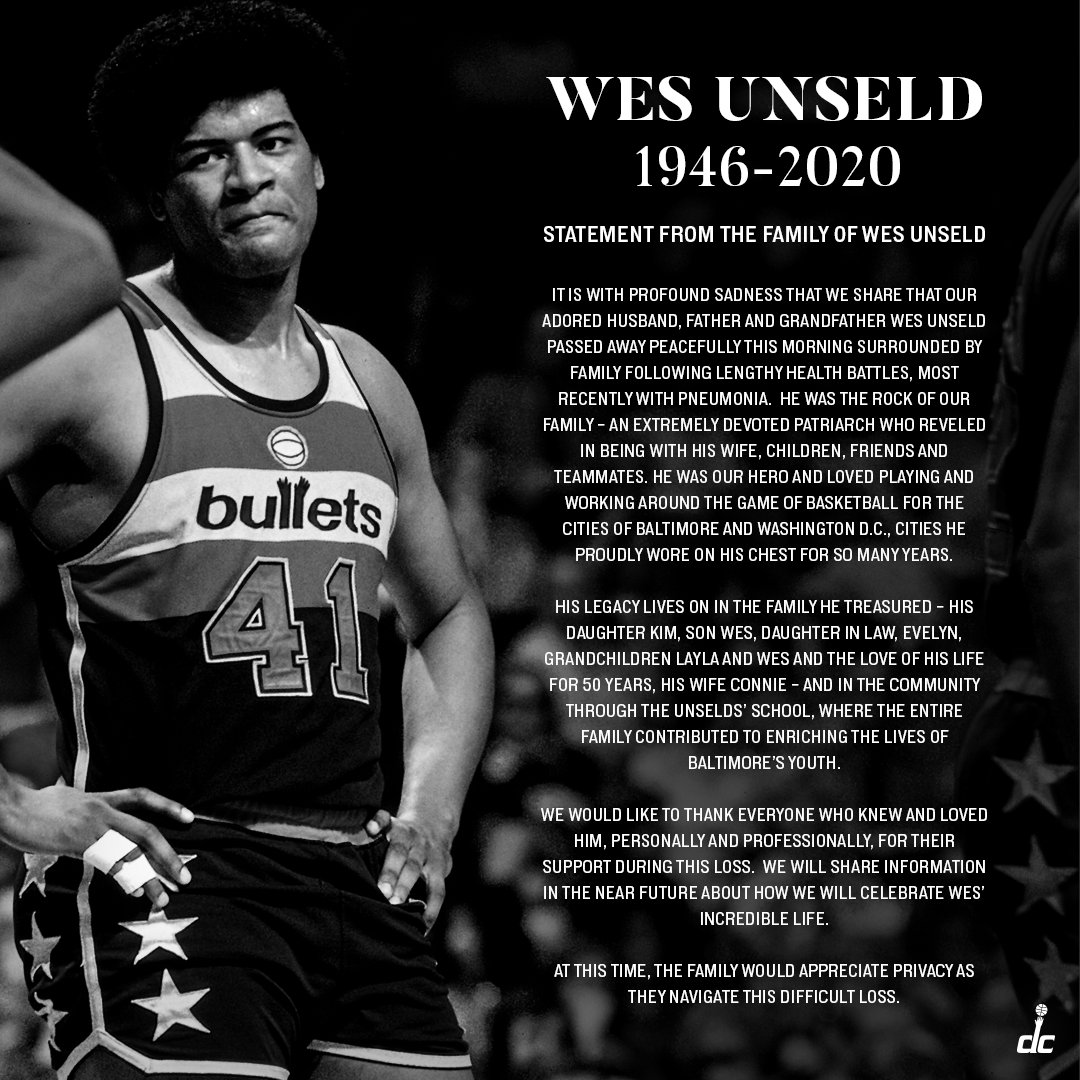 Unseld was a Naismith Memorial Basketball Hall of Fame inductee after playing for Washington for 13 seasons from 1968 to 1981. He was part of the franchise’s only NBA title, in 1978, when he was named Finals MVP. He won the regular-season MVP award in 1969 and was a five-time All-Star.

Unseld and Wilt Chamberlain (1960) are the only players in NBA history to win Rookie of the Year and MVP honors in the same season.

Following his playing career, Unseld coached the Bullets — whose name was changed to the Wizards in 1997 — from 1988 to 1994 and made one playoff appearance.

Unseld was a two-time All-American at Louisville before being drafted No. 2 overall in 1968.

In 1981, Unseld’s No. 41 became the Washington franchise’s first number to be retired.